Sabas was a brand that I was on the fence about trying out mainly because I didn’t know much about them. The gloves they made though, the style and the color combinations attracted me to them so much. Finally I ordered a pair because I saw how interested people were in these gloves. When I finally ordered my first pair, the Sabas Pro Series gloves, I was so surprised by what I received, I ended up ordering another pair. Soon after I was ordering practically all of Sabas’ new releases and soon enough Sabas became one of my favorite brands of all time.

When it comes to the Sabas gloves the lace ups and the bag gloves have identical padding. The only difference being is the closure system used and also the cuffs used on the gloves whether it be single cuff, double, triple. Everything else is identical. A bag glove is only called a bag glove because of the velcro closure not because there’s a difference in padding.

At first the Sabas Pro Series gloves were firm with the 16oz bag gloves being more firm than the 14oz lace ups due to more padding. It is a very quick break in time for these gloves though, I even managed to break in the 16oz a lot by hand. The padding used is some sort of layered latex and also cotton fibers for the palm side padding. While cotton is not my favorite for palm side, the lace ups offer fine wrist support. The velcros on the other hand, not as much but still supportive. I can feel some shock in my wrist but I’ve never hurt my wrist while using these.

The shock absorption these gloves offer though is absolutely incredible. The Pro Series gloves are supposed to be punchers gloves but it’s not easy to punch through them. I’ve never managed to feel my knuckles go through all the padding but I have felt more feedback in these than in something like Winnings. In my opinion this is the best kind of, “punchers,” gloves. The purpose of a glove is to protect the hands so if you end up with sore knuckles because you’re punching through the padding, they’re not doing their job. With the Pro series though you can throw as hard as you possibly can and you feel that shock but you don’t end up with sore knuckles. These are also some of the best sparring gloves out there. These alongside my RT-41s, C17s, and Winnings are my go to gloves when it comes to sparring. 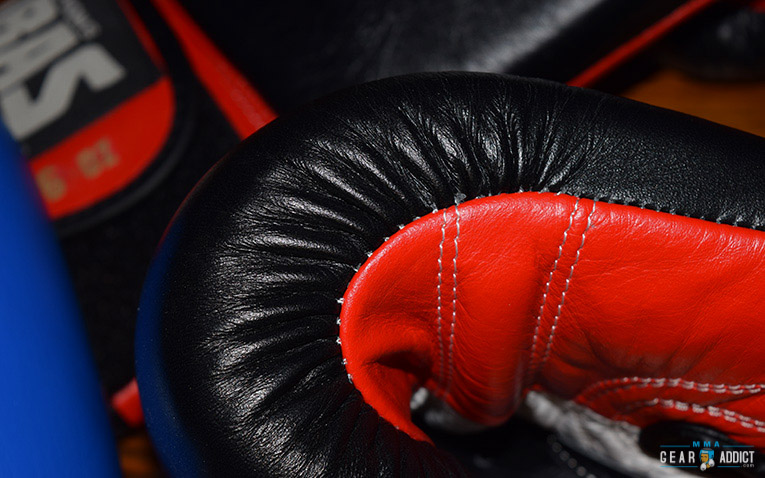 At first I absolutely hated the feel of Sabas Pro Series mainly because of how small they were. After a short time though these became some of the most comfortable gloves I have ever used. From the fist you can make, to the thumb position. Everything is absolutely perfect. Again though my only complaint is the smaller hand compartment but that’s something you have to deal with in order to keep the glove compact. Which in my opinion is a necessary trade.

The liner is soft and manages sweat pretty well. For whatever reason there are two types of liners used but they both do their job. The cotton fiber palm side padding causes the wrist compartment to lose some space which I find completely annoying but even so the gloves are comfortable.

Sabas is hand made in Mexico and as expected the quality is top notch. The leather used is thick and durable, it even has a very nice smell to it. Not a smell as equal as something like Reyes leather but still a nice smell. My lace ups have some issues such as popped stitching, some loose ends, and bumps on the leather which worried me but the guys at Sabas reassured me that it’s not the normal Sabas quality. They were right because every other gear I’ve ordered from Sabas had been practically perfect, from gloves to headgear.

The durability of the pro series is as good as the quality. The padding and materials in both my gloves still look good as new no matter what I put them through. These are gloves that’ll last you years and years and unlike Reyes that end up bottoming out, Sabas Pro Series won’t. 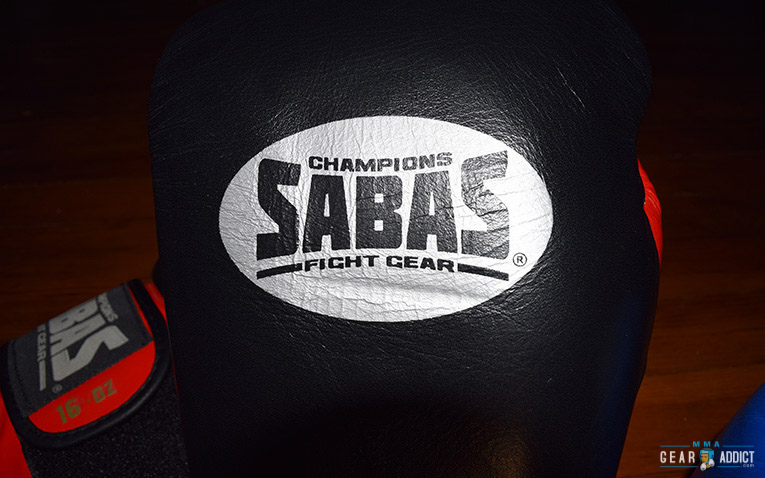 The design is one of my favorite parts about Sabas Pro Series. First of all they have that look of a Grant glove, my bag gloves especially since they have the same color combination. Speaking about colors, another great thing about Sabas is the endless color combinations that they use for their STOCK gloves. Such amazing colors, half the time they look like custom orders.

Making a fist in the Pro Series is one of the best feelings of almost any glove. You can really squeeze that grip bar and every punch feels like you’re landing right on the knuckles due to the perfect hand position. The thumb is also absolutely ideal, on par with Winning, a straight thumb with a slightly upward curve/angle.

As I mentioned before the hand compartment and wrist are on the smaller side of things but this is what keeps the gloves so compact. While the cotton filling of the palm side padding is in my opinion, unnecessary, it works just fine. Overall and almost flawless design by Sabas.

These gloves go for around $110 with prices varying depending on versions, some going for $165 due to being special colors, etc. Sabas is constantly having sales so picking up a pair for $100 is usually pretty easy.

For the price though, the Pro Series are well worth the money. Gloves that’ll last, beautiful construction, and amazing performance.

Search on Amazon
SEE IT

The Sabas Pro Series are some of the best gloves I've ever used. As I’ve mentioned the brand itself has become one of my favorites, up there with Winning themselves. These gloves are capable of rivaling even the best brands out there and also beat most of those brands. You can't go wrong with a glove made by Sabas.

The Sabas Pro Series are some of the best gloves I've ever used. As I’ve mentioned the brand itself has become one of my favorites, up there with Winning themselves. These gloves are capable of rivaling even the best brands out there and also beat most of those brands. You can't go wrong with a glove made by Sabas.