The Century Tegu headgear is the least protective headgear I’ve used. My sparring partner and I traded blows while wearing the Tegu to try it out. It provides no protection whatsoever to the face, nose, or chin, so you’ll want to avoid as many jabs, crosses, and uppercuts as possible. That’s obviously a goal to achieve during any fight, but the Tegu headgear doesn’t provide much room for error. Century’s marketing team claims to have had the Tegu independently tested to absorb and disperse impact better than traditional headgear thanks to its detached layers of foam and plastic plates. I’m not sure if the testers were able to remember the results of their experiments because after a few light hooks to the temple, I was seeing stars. To compare, my sparring partner and I tried on some of the other headgear we have in the gym, and the same punches didn’t faze us. The Century Tegu headgear, for all its innovation, does not do much to protect against concussions or other injuries to the head.

The one exception is ear protection. As headgear designed for MMA, the Tegu does an excellent job keeping your ears cauliflower free. This is due to its secure fit and the molded plastic ear cups that protrude from the sides of the headgear. If you get hit in the ear, struggle to escape a triangle or guillotine, or simply scrape your head during a scramble, you won’t feel a thing. The Tegu’s ear guards are surprisingly sound.

Perhaps the only advantage of the Tegu’s minimal protection is its maximal viability. There is no padding covering the eye, temple, cheek or chin; therefore, there is nothing to obstruct your vision. If you’re running self-defense drills against multiple attackers, this is the headgear for you. It is not an uncomfortable piece of gear, as it can be fine-tuned using the fasteners under the chin, behind the neck, and two on top of the head.  However, the padding on the forehead is scratchy and becomes irritating after only a few sweaty rounds on the bag or against an opponent. Another feature Century stresses is the breathability of the Tegu headgear. One comment I read on a forum mentioned that the Tegu “looks like a bicycle helmet from Walmart”. No doubt this was intentional, as a bicycle helmet is meant to vent as air passes over it when riding with speed. The difference here is that no matter how fast of a fighter you are, you’ll never get enough airflow to cool your head. I found the Tegu just as hot and uncomfortable as traditional headgear worn when training–no better, no worse. You can detach the top panel to cool off, but you’ll lose even more of what little protection the Tegu provides. If wearing the Tegu only to protect your ears when grappling, however, this would be a good option.

Please don’t take this review as a knock on Century products in general. I’ve beaten a Wave Master XL for nearly a decade and it’s still holding up. I recently received a set of Creed Muay Thai pads with elbow guards that I loved at first sight. Overall, Century carries a wide array of quality products for nearly every martial arts discipline and skill level. The Tegu headgear is no exception. This is a well made piece of gear that will likely last many years even under heavy use. The padding is firm; the straps and clips are stitched tightly. However, the more parts involved in a system, the more likely a failure will occur. While Century’s quality is evident in the Tegu, if one plate cracks or one fastener gives, the entire headgear will be useless.

Looks are subjective, and chances are you’ll either think the Tegu is hip or square. It is very reminiscent of the leather football helmets from the 1920s-1950s. I personally think those helmets looked cool, but there’s a reason they’re obsolete. While you may not get hit as hard as a sacked quarterback during sparring, it would be nice to know that your headgear can withstand a friendly roundhouse kick or accidental head-butt. The Tegu, while low profile and easy to slip into your gym bag, is simply not designed well enough to trust.

Don’t bother with anything but L-XL. The other sizes are really for children, I think. Like other headgear I’ve worn, it’s better to size up and then strap it down. You can’t add material if it starts off too tight, and most headgear can be made quite tight with proper adjusting. The Tegu is similar in that regard.  The fit is what you make of it, and, once you lock it down, it’s not going anywhere which is a big plus for MMA or grappling.  Aside from the ear guards, the fit is another aspect of headgear at which the Tegu excels.

At around $100 retail, this headgear is not cheap. You’re paying for the research and development, and it is well made and highly adjustable. However, given that it can’t hold up to heavy stand-up sparring, it’s use is really limited to grappling. In that case, you’d be better off picking up some ear guards used for wrestling or jiu-jitsu. They’re a lot cheaper and work better for that particular use.

This innovative headgear from Century stays put and is perfect if you want to look like a cyclist or old-school football player. But it provides little to no protection against oncoming strikes. The Tegu has good ear guards and is great for grappling. It is also highly adjustable and won't budge during even the most strenuous training. However, it cannot be relied upon to prevent cuts or concussions.

moaimartialarts purchased this Century Tegu headgear himself for the full price. This did not influence the outcome of this review. 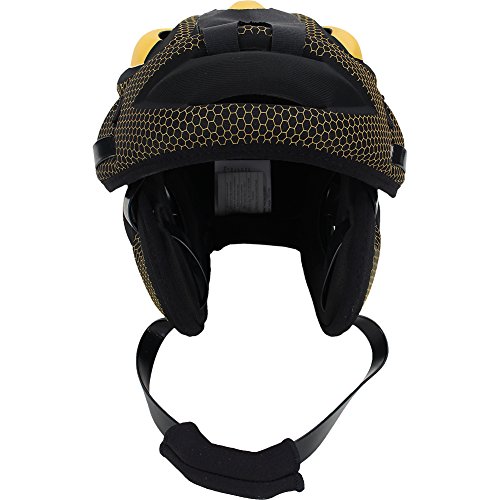 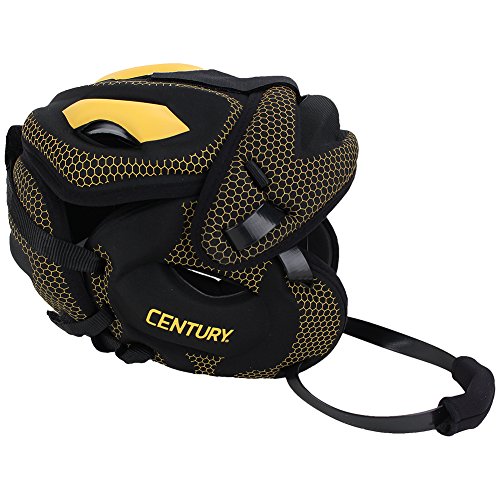 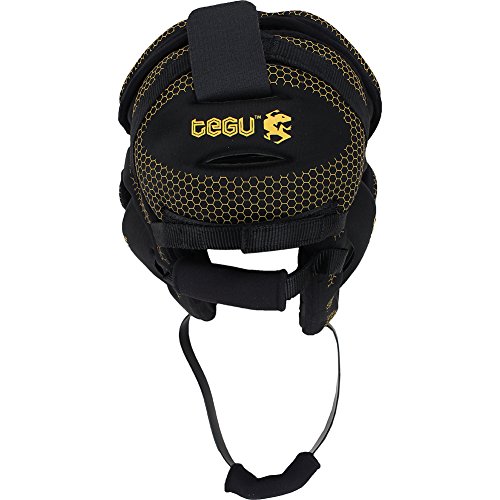 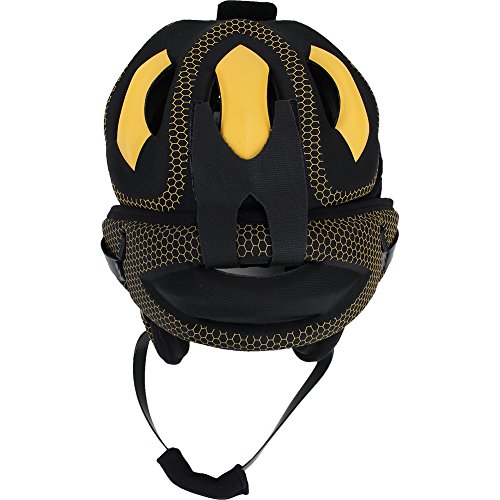 This innovative headgear from Century stays put and is perfect if you want to look like a cyclist or old-school football player. But it provides little to no protection against oncoming strikes. The Tegu has good ear guards and is great for grappling. It is also highly adjustable and won't budge during even the most strenuous training. However, it cannot be relied upon to prevent cuts or concussions.

I have trained in Uechi-Ryu and Shohei-Ryu Karate since 1987 and jiu-jitsu in 2009. Lucky enough to grow up with the martial arts, I have felt their positive influence throughout my life and am especially interested in sharing these experiences with others. I teach and train in karate, bjj, and MMA and love to try out different gear for myself and with my students.