Am I the only fighter that shows up the fight most of the time 100% injury free? I would certainly, hope not. But with almost 10 years of competitive experience under my belt, I know that Fighters tend to injure themselves before they fight, 9 times out of 10 because of sparring. And the reason why they end up injuring themselves is not because of how hard they’re sparring, it’s because you don’t wear the proper gear. I’ve seen plenty of fighters gets unintended abrasions and cuts right before a fight just because they wore the wrong type of headgear or didn’t wear one at all. And even worse sometimes due to lack of Valor, decide to pull out of a fight do to set injury

A simply way to rectify that problem of course is to wear headgear. But not just any type of headgear. My go to piece of head protection is the Title Gel World Training Headgear (TGWTH). When I first started training for competition, I used cheaper and less protective and durable forms of headgear. The kind that is usually allowed in amateur competitions. But as soon as I got my hands on one of the Title Gel Headgear variants, I felt secure and made the conscious decision to never train without that level of protection again

TGWTH is a black colored, leather made Headgear. There aren’t any fancy designs or unique features that can be found. The only noticeable features are the Title Boxing logo located on the forehead guard, and the GEL logo located on the cheek. From a complete 360-degree perspective, there is more padding all around compared to other forms of headgear. For amateur competitors, the cheek padding which will disqualify it from a lot of amateur competitions. But is more suitable for sparring than most other headgear. It’s the headgear that I purchase and use the most.

The title gel headgear has a large Velcro strap on the back to adjust for size. And a Velcro strap at the chin to secure it once it’s fitted at the right size. This is much better than head gear that have strings to adjust for size instead of Velcro. Ironically, headgear that comes with less padding and it made out of fabric come with strings, and can sometimes be more time-consuming to put on. There is also a significant amount of padding around the ear area, something that isn’t very common when it comes to headgear designs. Even amongst the Title Brands. 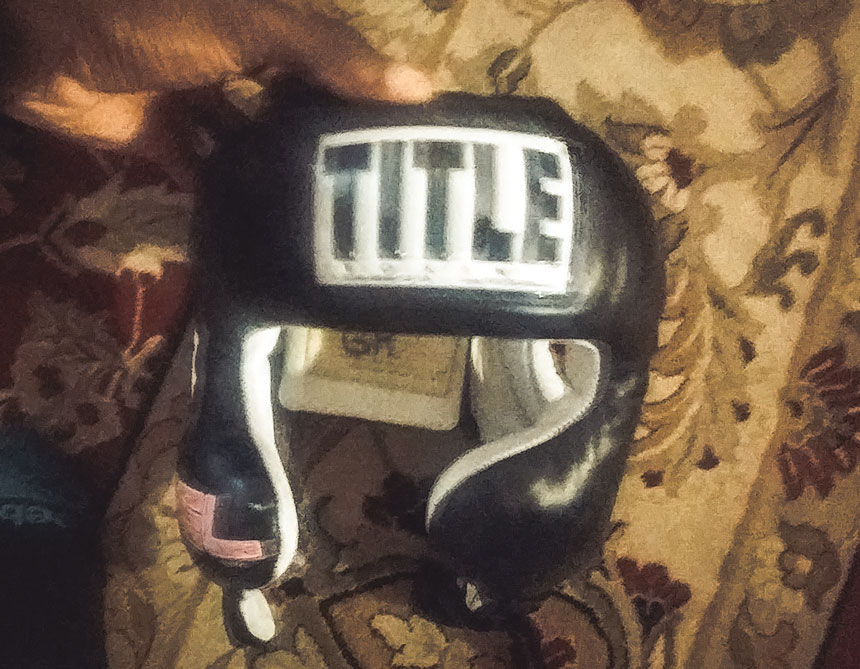 Oftentimes when you buy a new piece (I’ve had gear as durable as this one) you’ll have to break it in in a similar fashion that you would new gloves. It doesn’t mean that you have to take shots to the face. But the first time you put a new piece of headgear on, it will squeeze your skull and give you a headache.

One Life Hack I discovered over the years was to wear the headgear while I’m driving or watching TV before sparring with it for the first time. That’s way I didn’t have to deal with an annoying headache while I’m in the ring. Even after you break it in a still needs to feel stuck. It’s imperative that headgear doesn’t move or shift when using it. Despite being leather, I think it’s much more convenient to clean and maintain compared to fabric made headgear which usually comes with strings. At most, a disinfectant sheet to wipe the entire thing, as opposed to throwing it in the washer.

While the leather and rubber composition provide you added cushion compared to other headgear. It doesn’t allow for your skin to breathe nearly as much. I personally do enjoy it, especially when I have a fight coming up. More often than not I have to lose a lot of weight so the more I sweat, the better. The only part of this headgear that I’ve seen consistently wear down coming is the chin strap. In fact all but one time, when owning this headgear. The chin strap with either snap on me mid sparring. Or more commonly, become too loose to the point where it’s no longer unusable.

Despite the fact the TITLE Gel headear comes with added padding. The whole idea of the game when it comes to combat sports is to hit, and not get hit. I am in no way encouraging you to take hits, or saying that you can slack off with your defense while wearing this headgear. I know there are people that don’t train with headgear simply due to the fact that their latest piece of headgear got ruined. I’ve never met anyone that sparred often that didn’t have to buy new headgear every year or so. But I’m unlike your skull, headgear is replaceable. Not to mention, headgear cost less than any good quality pair training gloves.

Because of wearing headgear such as TGWTH, the worst facial injury I’ve ever sustained in my career was a bloody nose or a busted. I’ve never dealt with a black eye, an open cut, or swollen knots on my face because of this headgear. Injuries I’ve seen plenty of fighters get by simply sparring, let alone fighting. With the rise in popularity of MMA and Mauy Thai there is a lot of differentiating opinions out there about headgear. Anti-Headgear advocates say things like; ” it cuts off some of your vision,” “I don’t have to wear headgear when I fight” and my personal favorite “it causes my head trauma due to the added weight”

There are medieval night sports leagues out there come where people use actual swords and axes and swing at each other’s heads at full force. More than enough Force to easily kill a person with weapons that could easily kill yourself with by accident. But because of the helmets that they wear doing those Sports. They can take shots to the Head without getting so much as a concussion. Professional football and hockey players wear helmets. But in combat sports, where the head is a prime target, there are those that don’t even like that practice without headgear. Which is usually MMA or Muay Thai fighters.

Boxers, amateur and professional, religiously use how to do when they Spar. And they tend to have considerably more head movement prowess than their other Combat Sports counterparts. So, if you’re doing stand-up sparring, and your name is not Floyd Mayweather, Pernell Whitaker or Vasyl Lomachenko. You should wear headgear. By the way, all three of those defensive Wizards wear headgear when they spar. And I’m willing to bet the house and then some that if you’re reading this article, your head movement isn’t as good as theirs.

It's 2018 ladies and gentlemen. Please do your best to protect yourselves while training, no matter how talented or skilled you think you are. You're going to get hit eventually in training no matter how good you are, even if you are the best. And when that happens make sure you're properly protected. The Title Gel World Training Headgear cost less that a good pair of training gloves, and provides more protection that most headgear on the market.

Amazon.com
Title Gel World Training Headgear review was written by Brima Kamara, after several months and rounds of training. It was not sponsored or otherwise endorsed by advertisers. 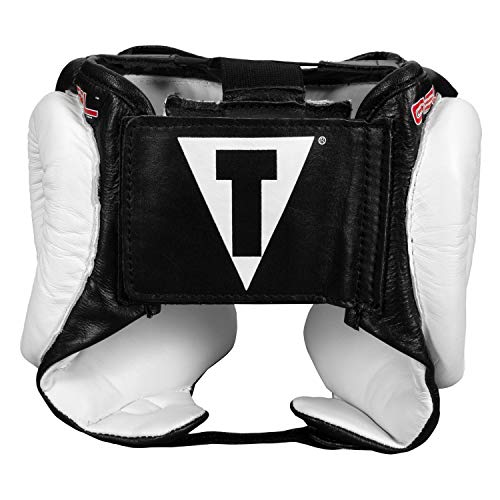 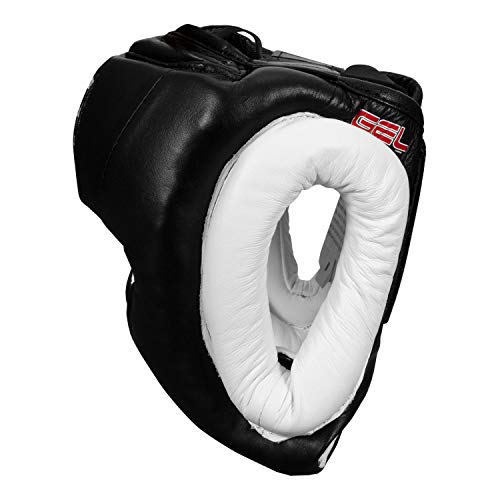 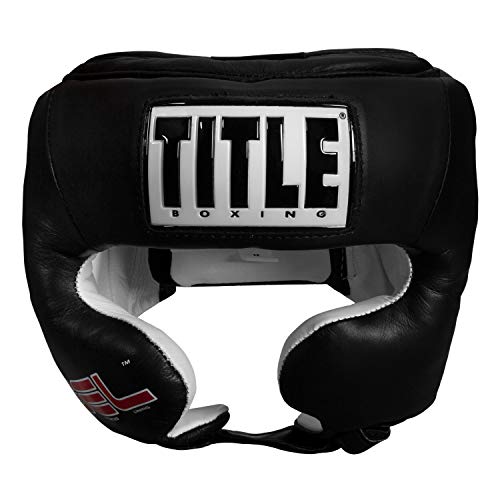 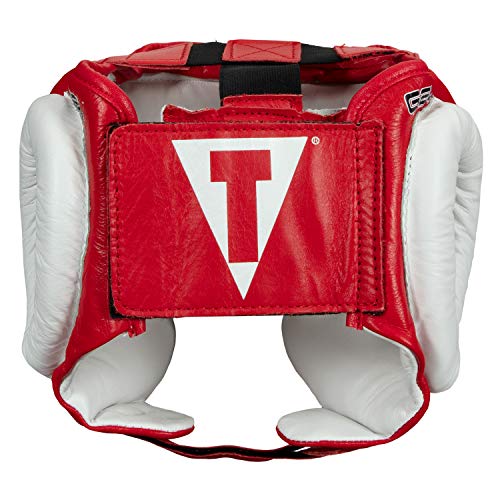 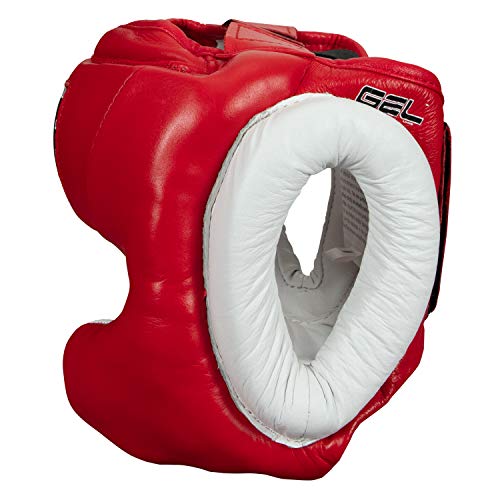 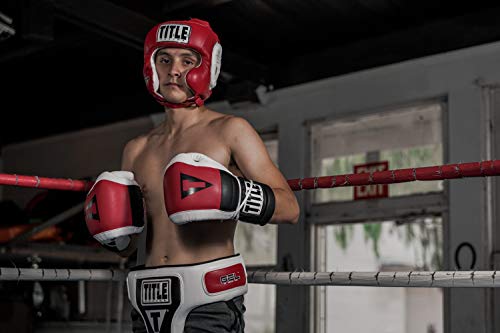 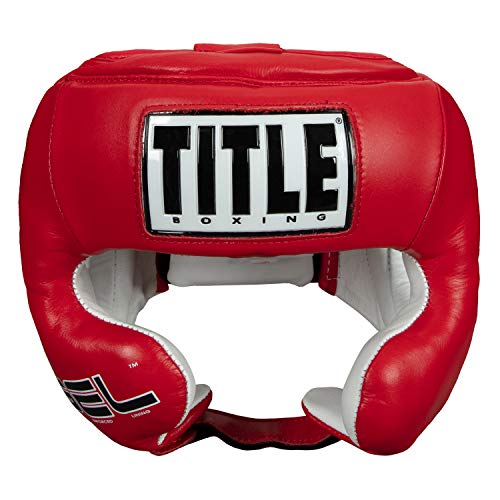 It's 2018 ladies and gentlemen. Please do your best to protect yourselves while training, no matter how talented or skilled you think you are. You're going to get hit eventually in training no matter how good you are, even if you are the best. And when that happens make sure you're properly protected. The Title Gel World Training Headgear cost less that a good pair of training gloves, and provides more protection that most headgear on the market.