Traditional heavy bags are great. Necessary as a matter of fact, regardless of the type of Combat Sports you’re practicing. Despite this; all traditional heavy bags come with a particular design flaw.  They are usually designed to be perpendicular to ground,  and it doesn’t provide you with the proper angle or target to throw an uppercut. The uppercut is perhaps most sophisticated punch in all of Combat Sports. It’s also one of the most underused punches. This is partially due to being more risky, and more punishable than other punches. And also; it’s difficult to practice uppercuts to proper efficacy, without the use of hand mitts or thai pads.

Thankfully, we have bell shaped bags, which allow you to diligently practice uppercuts and other punches from various angles. So in the event that you don’t have anyone to hold mitts for you. Or jaws of sparring partners to bust up. You will be able to develop your upper cuts in other angle punches / strikes, to the same proficiency you develop your normal techniques on a traditional heavy bag.  If you’re looking for a heavy bag to provide maximum results for a steal for price, look no further than the Title Wave H20 Heavy Bag.

The Title Wave H20 Bell Bag  looks just as the name describes. It’s a sizable rubber ball that has a rubber hook at the top, which you can use a chain or some other type of harness on, to hang in the gym. It has a completely smooth surface, and besides being available in various colors such as red or blue; it has no other knowable aesthetic qualities. The simple design also justifies its excellent price.

It comes in 5 different sizes, and if you only had the option to choose one; I would pick the second to largest option. The smaller size can jolt sporadically when hit with punches. While the bigger versions are definitely much more useful in my opinion; the smaller version can be of good use, especially for those who practice elbow strikes; which I will explain more later on in the article.

While my typical school of thought is that it’s good for a bag to move as much as possible, because it better simulates the movement of a human target; it’s much better that the water bell bag doesn’t move that much after hitting it with a single strike. This is good, because it allows you to throw extensive combos. It’s also safe, because if it were to swing back and forth from every strike, it would hit you like a concrete wrecking ball.

The rubber exterior is very thick, and due to the density of the water, I wouldn’t advise throwing round kicks on this bag. Regardless of how well conditioned your shins are. The impact from kicking the bag can be more painful than shin on shin contact. I know this to be true, because as a professional kickboxer I have traded bear shins plenty of times, and haven’t flinched. I can remember kicking the water bell bag just once, and now I don’t plan on ever doing it again.

Overall, I will have to say that the water bill bag is more sturdy than traditional heavy bags. As traditional heavy bags that are usually made out of leather or some type of fabrics that are sewn together, and could become loose over time from wear and tear. The surface is gentle enough for you to practice elbows. However, practicing your elbows is somewhat uncomfortable regardless of what kind of bag you’re using.

These bags are priced around $69.99 (at the time of this review), which in my opinion is a bargain deal. Every pair of bag gloves that I bought for that price never lasted more than 3 months with the way that I train. The Title Wave H20 Bag can easily last you several years with the way it’s built.

The Title Water Bell Bag is not only the best bag that you can use for practicing your upper cuts, but any kind of punch you can imagine that you would throw to one’s head. That includes over hands, or any other kind of punch from a 360 degree perspective. Although it is not ideal to throw kicks on this bag, due to the rubber surface as mentioned before. It is more comfortable to throw elbows on this bag, because it’s harder to get brush burn on your skin, as opposed to throwing elbows on leather heavy bags.

I’ve mentioned earlier that the Wave H20 bag may not move as much as some other heavy bags, but it still requires dexterity to properly use. And for those not accustomed to throwing uppercuts often, they will have to get used to constantly readjusting their distance to throw proper uppercuts. In the event that it does move, you can practice your head-movement by ducking under it.

As for the smaller Title Wave H20 bags, they are great for practicing your aim and distancing with elbow strikes. Because it isn’t practical to throw volumetric elbow strikes outside of a clinch, the fact that the smaller H20 will jolt sporadically is not an issue. Elbows are meant to be thrown with methodical precision, because they require to close more distance than uppercuts most times.

Regardless of what Combat Sports you practice, I still recommend this bag because the uppercut can be an invaluable punch, and will only make you a better fighter if added in your repertoire. In the video attached to this article, you can get an idea of some combo’s and drills that you can work on this bag.

In fighting, the one dimensional approach is a flawed approach. Using The Title Wave H2O heavy bag is an excellent way to practice diversifying your offense adding new tools to your arsenal. Providing both immediate and long-term benefits to your training at a great price!

Design
6
Durability
10
Usage
7
PROS
CONS
Add your review
This review was written by Brima Kamara after several month of training and testing TITLE Wave H20 Heavy Bag. It was not sponsored or otherwise endorsed by advertisers. 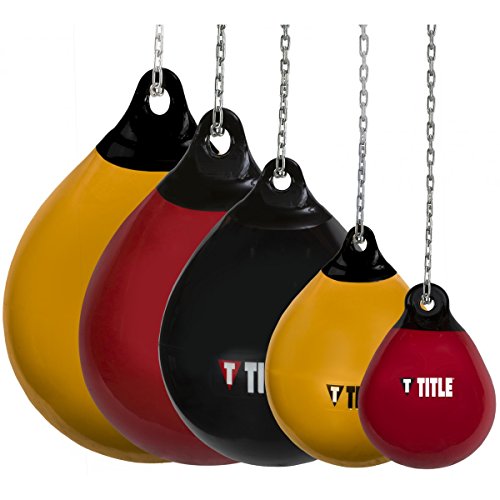 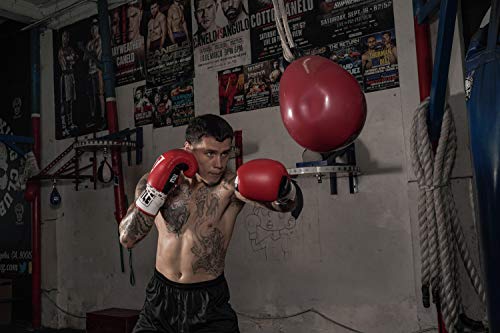 In fighting, the one dimensional approach is a flawed approach. Using The Title Wave H2O heavy bag is an excellent way to practice diversifying your offense adding new tools to your arsenal. Providing both immediate and long-term benefits to your training at a great price!