Home » How Do You Find More Fights as an Amateur Fighter?
Blog

I’ve recently written an article about why you should not switch from amateur to professional, too soon. In the article, I explain that the vast majority of successful fighters across most combat sports have extensive amateur careers. I also stated in the article, that before I turned pro in 2017, I had over 50 fights as an amateur. 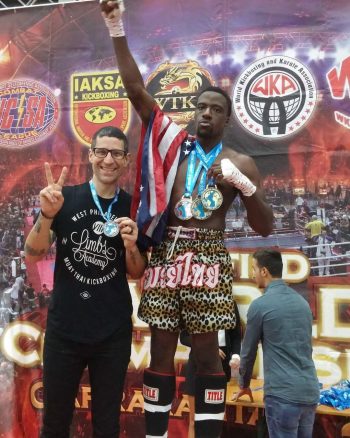 To truly be the best, or well-known in your respective combat sport, no matter what it is; you have to travel. Even other sports such as soccer, basketball, and baseball teams travel far and wide to prove that they’re the best, and to compete against the best. The big difference between Team Sports and Combat Sports is that you play basketball, soccer, and baseball, you don’t play in boxing and MMA. In Combat Sports you have to literally scour the world for competition.

Now I know plenty of fighters; both amateur and professional, that do not want to fight in the big leagues. They love to compete, they love to train, but they have no aspirations of going straight to the top. They’re satisfied with being “Hometown Heroes” and winning in local circuits. And they honestly don’t even compete that often. There’s nothing wrong with that. But if you say that you’re the best, or you want to be the best, or that you want to reach the top.  And at the same time, you’re not traveling and/or you’re not competing often. Then you’re lying.

I personally feel like I have never competed enough as an amateur, and even now as a professional. When I was an amateur, I never prided myself on being the best in my city. The idea of being the best in my state was whack. And I honestly wasn’t even satisfied with being the best in the country, when I won international competitions. Even after winning World Championships and defeating people from other countries. It felt cool for like 20 minutes, but after that passed, I was hoping that we would be invaded by aliens, so that I could fight them too.

Some people say that they turn pro, it will be easier to find fights. Couldn’t be further from the truth.  If you’re having an easy time finding fights locally as a professional, then you’re either a) a massive ticket seller, but most likely b) you weren’t that good as an amateur. Which means, you’re also not that good as a pro. At least in Amateurs, there’s loads of tournaments both nationally, and internationally in every combat sports. And better yet, I guarantee that you’ll find highest level of amateur fighters at these competitions. I made Youtube video on how to succeed in combat tournaments. 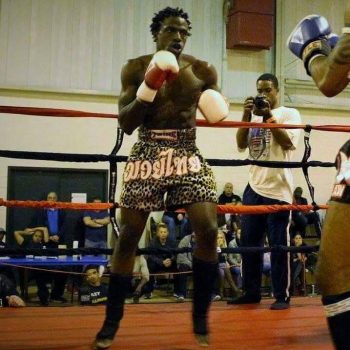 As an amateur, I literally cleaned house in my region to the point that when I turned professional. Nobody wanted to fight me unless they had a massive experience advantage over me. Other amateurs that were just turning pro didn’t want to fight because they felt I had too much experience, or too many amateur fights. Here’s a thought, how about you stay in the amateur ranks and get more experience before you turn pro.

Mixed Martial Arts has somehow changed the perception of up-and-coming fighters and disillusioned them into thinking that they don’t have to fight often, to become great fighters. Which, I guess in a sense is true, because MMA fighters reach super star status with a lot less fights than most professional boxers. And because of that, it attracts a larger casual audience.

If you’re a MMA fighter that says they can’t get a lot of fights, there are far more MMA promotions out there right now than any other Combat Sport; especially Kickboxing and Muay Thai promotions. I know amateur Muay Thai fighters that travel to Thailand just to train and fight. They literally make pilgrimage to Thailand the same way Muslims make pilgrimage to Mecca. For a sport that up until 2018, didn’t even pay as much as kickboxing. A lot of these MMA promotions have televised events. The exposure is real, a lot of MMA fighters just don’t want to be exposed.

I understand that traveling for competitions can be expensive, especially traveling abroad. But I’ve spent more money converting from an amateur to a professional, than I ever have traveling for national tournaments as an amateur! I explained in a previous article that getting your professional license in some states can easily cost you upwards of $600.

I get that Mike Tyson was an extraordinary professional. But, even amateur fighters travel to tournaments and they fight multiple times throughout the weekend. A lot of amateur boxers compete every weekend or so, for a month when they’re competing in the Golden Gloves. In my final year as an amateur, I had 14 or 15 fights, all but three came from tournaments.

So, if you’re complaining about where you’re at in your career, but you’re not willing to travel and invest in yourself to get more fights; then you’re simply not as hungry and determined as you say you are. I understand as much as anyone else, that life can get in the way of things. But how much does being a fighter matter to you? You don’t have to answer that, because it’s going to inevitably show itself simply by the level of your competition.

If you would like to learn more about the fight game, I have a book coming out later this year called Brime-Time: The Complete Guide to Becoming a Successful Fighter. It will be a comprehensive novel that will explain how fighters can become successful in and out of the ring, whether they’re amateurs or professionals.

READ NEXT: How to Prepare For Large Tournaments